UJA Federation of Greater Toronto, The Israeli Consulate and The Jewish Agency for Israel in a joint effort for the annual celebrations of Yom Ha'atzmaut

UJA Federation's mission is to preserve and strengthen the quality of Jewish life in Greater Toronto, Canada, Israel and around the world through philanthropic, volunteer and professional leadership. Year after year, UJA’s Annual Campaign - which raises approximately $60 million annually - allows UJA to care for our most vulnerable; build and strengthen Jewish identity and education, invest in Israel and overseas, and promote Jewish/Israel advocacy, while also creating infrastructure throughout the GTA that serves not only the Jewish community, but the community-at-large. UJA vision is Our vision is to lead the most vibrant Jewish community in North America - a community characterized by its diversity, unity, compassion, generosity and commitment to Israel and Jewish values.

The Consulate General of Israel in Toronto is the official representative office of the Government of Israel in Ontario and the Western Provinces.

The Consulate's mission, in addition to the  consular services it provides to Israeli and other interested citizens, is to promote mutually beneficial cooperation between Israel and our Canadian partners in government, the Jewish community and across civil society in all fields of mutual interest, with particular focus on hi-tech and innovation, cultural exchange, and inter-community relations.

The Jewish Agency was instrumental in founding and building the State of Israel and continue to serve as the main link between the Jewish state and Jewish communities everywhere. This global partnership has enabled us to address the Jewish People’s greatest challenges in every generation.

Today, we connect the global Jewish family, bringing Jews to Israel, and Israel to Jews, by providing meaningful Israel engagement and facilitating Aliyah. We build a better society in Israel - and beyond - energizing young Israelis and their worldwide peers to rediscover a collective sense of Jewish purpose.

The Jewish Agency continues to be the Jewish world’s first responder, prepared to address emergencies in Israel, and to rescue Jews from countries where they are at risk. 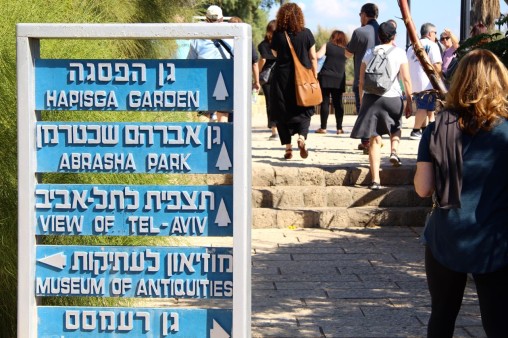