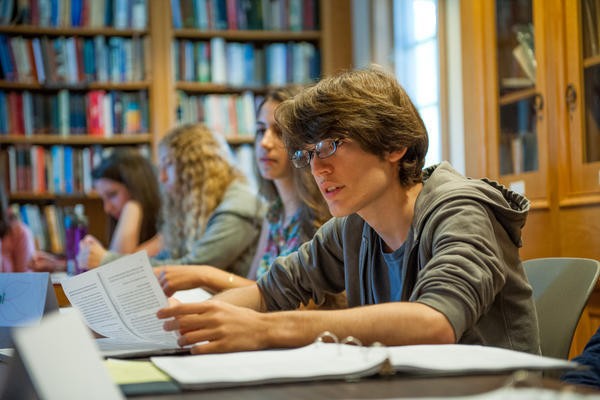 By Adam Minsky--Jewish tradition reminds us that even at moments of great joy we must temper our excitement with a reality check and consider the broader implications. At the Passover seder we spill drops of wine in commemoration of the devastation wrought by plagues, during the joy of the harvest season we expose ourselves to the elements in a sukkah, and at a wedding we break a glass in commemoration of the destruction of Jerusalem.

Two weeks ago, UJA Federation and TanenbaumCHAT shared an announcement trumpeting a fifteen million dollar gift which will dramatically lower tuition, making a TanenbaumCHAT education more affordable for middle income families. There is much to celebrate.This initiative is the beginning of a significant effort to address the major issue facing Jewish day school education affordability and sustainability.

Concurrently, TanenbaumCHAT announced the merger of its campuses into the Wilmington location. While there are hard realities that necessitated this decision - decreasing enrollment in the North, increasing costs, and bleak projections for future enrollment based on current York Region elementary and middle school enrollment - the change is both difficult and disruptive and will impact the lives of many students, families and teachers. I am a parent of three children in the day school system and can empathize with the stress and challenges resulting from the consolidation.

That is why it’s important that I, together with other UJA professional and lay leaders, attended the TanenbaumCHAT town hall meeting and listened to those impacted. In the weeks since that meeting we have continued to listen to these voices, meeting with students, parents, teachers and concerned community members.

The more we listened the more it underscored for us that the consolidation is only a part of the larger challenge facing our community: the affordability of Jewish education. Too many families are not choosing Jewish education because of the steep costs, and significant steps must be taken to reverse this trend.

That lack of affordability is directly linked to the challenges facing TanenbaumCHAT. In the past, nearly 80% of graduating middle school students continued on to Jewish high school. We are approaching the point where only 50% of grade eight day school students were continuing on to Jewish high school. This attrition was threatening the future vitality of our community and the tuition affordability initiative, which will bring tuition down by nearly $10,000, will make Jewish high school education more accessible for hundreds of students. What’s more, if the initiative succeeds in attracting new students, it will lay the groundwork for the re-expansion of Jewish day high school schools back into a home in York Region.

A generation ago the leadership of our community made a commitment to ensure that no child would be denied a Jewish education. Out of that commitment came the development of North America’s largest day school subsidy system that supports 2,300 students from low and middle income families every year. While that system served our community well for over a generation, today we must redouble our efforts to ensure that every family, including middle income families, has access to a day school education.

The affordability initiative at TanenbaumCHAT is the first step in this process, but only the first step. The lower tuition will afford hundreds of students the ability to stay in the Jewish day school system after grade eight. Next we must strengthen the elementary schools, other high schools, ensure the long-term sustainability of the program at TanenbaumCHAT and focus on the issue of affordability across all corners our community.

These changes cannot be done alone. It will take the whole community – UJA Federation, donors, schools, and individuals - to galvanize around a central issue that weighs on our future strength. Similarly, these changes will not come without disruption. As we learn lessons from TanenbaumCHAT, we must consider how to mitigate the impact of future decisions on the students, families, teachers and community members affected.

There is much to celebrate in the tuition affordability initiative. As with every joyful moment, we must also take a reality check and consider the broader implications for those impacted by the change and for the larger work that we must do to ensure that every member of our community has access to the full breadth of Jewish life.

As a Federation, we have committed ourselves to a long-term and evidence-based approach to tackling the issue. As a community, our work must be to listen, learn, and work together to support a Jewish educational system that is affordable and accessible for the full breadth of our community.