UJA Federation is proud to support the American Jewish Joint Distribution Committee (JDC), a Jewish humanitarian group which has aided the world's neediest Jews for over a century. JDC currently operates in 70 countries, including Moldova – a small nation nestled between Romania and Ukraine.

Moldova's capital city, Kishinev, was once a vibrant center of Jewish life and culture. Its Jewish community, however, was shattered by the Holocaust and decades of Communist oppression. Now, thanks to the support of organizations like JDC, Kishinev's Jewish community – consisting of approximately 14,000 people – is being revitalized and rebuilt.

Your donations to UJA enable us to continue supporting JDC's incredible, life-changing work. 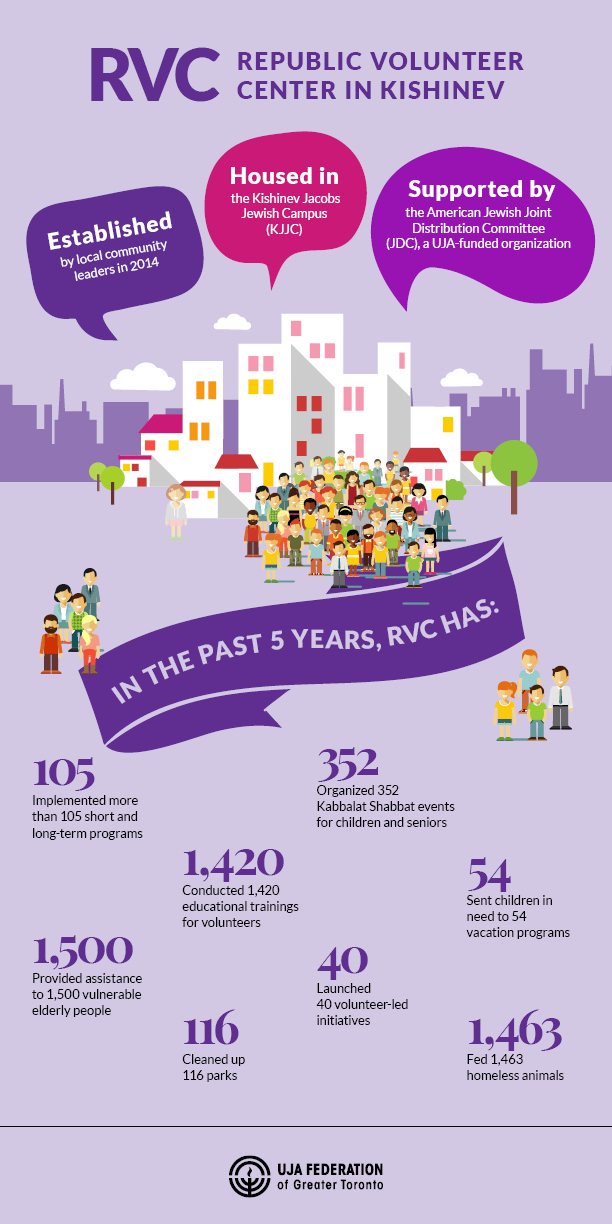