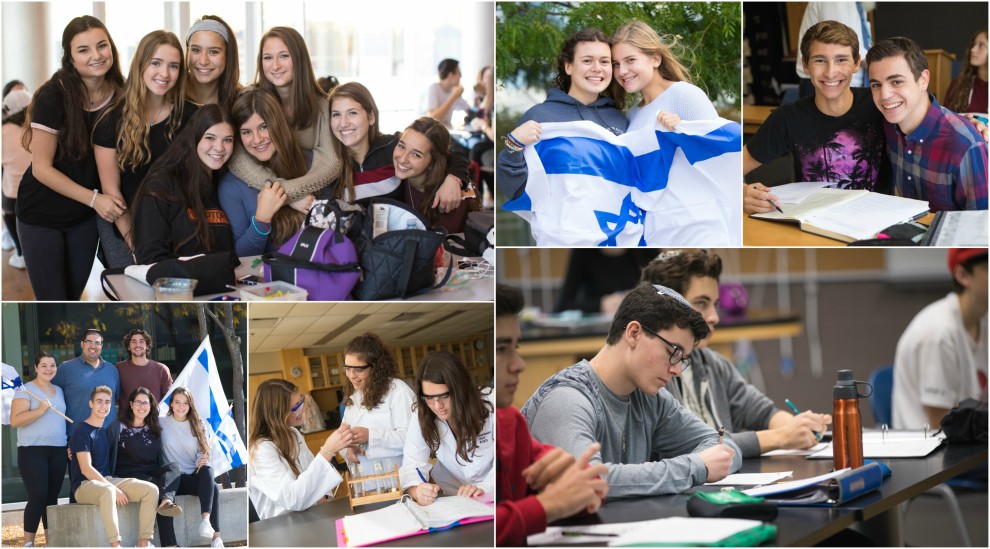 The Anne & Max Tanenbaum Community Hebrew Academy of Toronto (TanenbaumCHAT) and UJA Federation of Greater Toronto are excited to announce a total of $15 million in gifts – from two exceptionally generous donors – that will help ensure the affordability of TanenbaumCHAT and enhance the future of Jewish education in the GTA for the next generation.

The donations, comprised of a $10 million Jesin-Neuberger Foundation Gift; and a $5 million gift from an anonymous donor (of which $1 million has been earmarked to strengthen Jewish education in York Region); together with additional fundraising, will result in a dramatic reduction in tuition from nearly $28,000 to $18,500 beginning in the 2017-18 school year and will maintain tuition under $19,000 for each of the next five years. This tuition reduction plan is an audacious step forward in realizing UJA’s strategic plan for day school affordability, and is a joint initiative of TanenbaumCHAT and UJA Federation of Greater Toronto.

“UJA’s strategic plan calls for bold moves to ensure the affordability of Jewish education and we are proud of this huge step,” said Adam Minsky, President & CEO, UJA Federation of Greater Toronto. “These visionary gifts will provide assistance to the many families who stretch to pay tuition and will enable hundreds of students to benefit from an exceptional Jewish high school education, strengthening our community for generations to come. This initiative underscores the value we place on Jewish education, as well as UJA’s commitment to providing as many families as possible with the opportunity to choose Jewish for their children.”

Bruce Leboff, Board Chair, UJA Federation of Greater Toronto, reflected on the plan by stating: “The donors have amazed me with their generosity, and these gifts are truly transformative. It will make TanenbaumCHAT a viable option for countless parents who want to provide their children with a Jewish high school education, but for whom tuition has been a barrier. It also builds on other supports UJA provides for Jewish education, funded by our annual Campaign, including millions of dollars in tuition assistance each year. I hope this philanthropic leadership inspires others to imagine what is possible.”

TanenbaumCHAT is North America’s largest Jewish community high school, offering academic excellence in both Jewish and general studies, as well as a wide range of extra-curricular activities and sports. Independent of this tuition affordability breakthrough, in order to address decreasing enrolment and ensure that all students have access to the broadest range of courses and extra-curricular activities, the Board of Directors of TanenbaumCHAT has made the decision to merge the school into a single campus in the Wilmington location effective September, 2017.

“We are excited to be part of this groundbreaking initiative aimed at increasing access to Jewish education,” said Rabbi Lee Buckman, TanenbaumCHAT’s Head of School. “The combined campus reflects our ongoing commitment to offering a broad, vibrant, Jewish education of the highest calibre.  It will serve to enhance our programming, particularly by expanding course offerings and extra-curricular opportunities for all students. An affordable Jewish high school education enables more families to take advantage of what we have to offer:  a Jewish context for the formative teenage years, ensuring students emerge with a strong, substantive, and proud Jewish identity.”

The Kimel Family Education Centre, which currently houses TanenbaumCHAT’s northern campus, will continue to serve as a dynamic Jewish education centre, housing other schools and educational programs including The Leo Baeck Day School, Neshamah and Beit Rayim supplementary schools, PJ Plus and the Jack and Pat Kay Centre Camp.

Registration for TanenbaumCHAT’s 2017/18 academic year has been re-opened and late fees have been waived. To learn more about a TanenbaumCHAT education contact Laurie Wasser at 416-636-5984 x 291 or visit www.tanenbaumchat.org