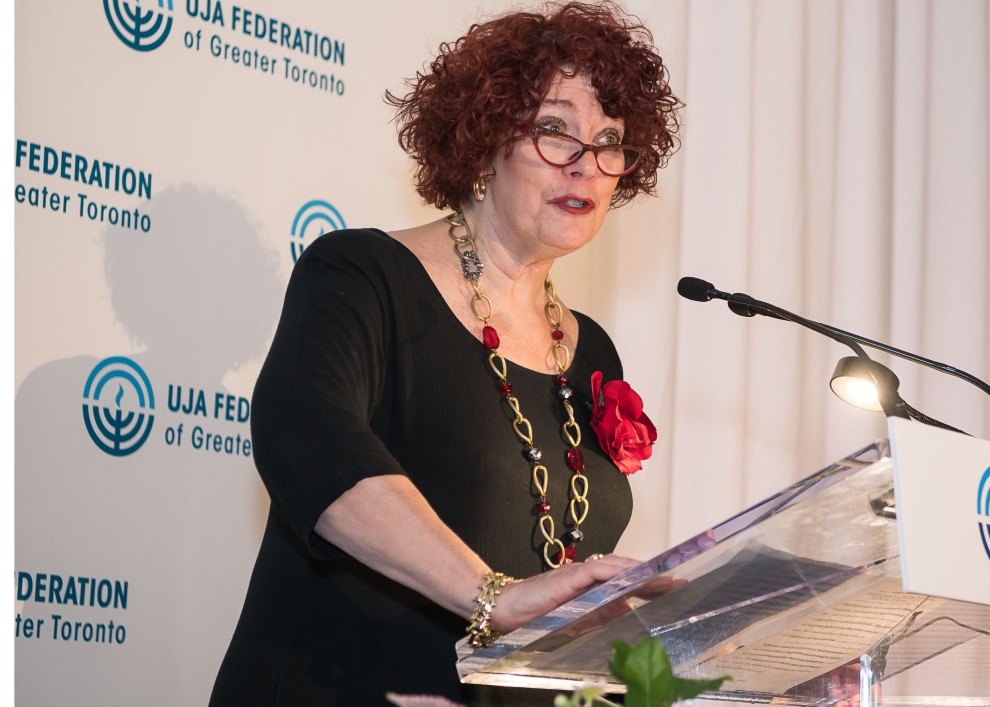 In 2005 Ellen Terry Cole stepped into the Miles Nadal Jewish Community Centre and assumed responsibility for leading this historic institution. Thirteen years later she stepped down as Director, having made her mark in re-energizing Toronto’s original JCC by ensuring greater access, inclusion, and a bright future for downtown Jews and the wider community, earning her the prestigious Gordy Wolfe Award in 2018 – her Bat Mitzvah year.

Ellen Cole is a big presence. Her warmth and energetic personality fills the room. Scouted for the position of Director of the Miles Nadal Jewish Community Centre (MNjcc), her impressive background included leadership positions at TVO, Harbourfront Centre, the Stratford Festival and Britain’s Royal Shakespeare Company, as well as volunteer work with Canadian Jewish Congress.  A consummate professional, Ellen was the perfect candidate to lead the agency into the future.

And while it was her talent and wide-ranging experience – from Youth Leader at Holy Blossom Temple as a teenager, to her breadth of Community Relations work at Canadian Jewish Congress and with non-profit groups as varied as the Toronto Police Services and the Toronto Theatre Alliance, that landed her the job, it was her clear vision and firm direction of the MNjcc for which she was honoured with one of our community’s most esteemed awards.

Presented for Outstanding Jewish Communal Professional Leadership, the Gordy Wolfe Award recognizes Ellen’s outstanding efforts at collaboration and team building; perhaps the most accurate description of her leadership style is that she successfully turned a community centre into a community -  one that is open and accessible to both Jews and non-Jews alike. The MNjcc is, as she says, “a place where community happens.”

Importantly, it’s also a place where no one is left out. Ellen takes particular pride in the work she has done to ensure inclusion. She counts the development of welcoming and accessible programs and spaces – including an accessible Fitness Centre, pool and playground – as well as the Toronto Reel Abilities Film Festival, among her greatest accomplishments.

As Ellen remarked upon accepting this honour, “There is no higher calling. To be able to give and give back, to learn and grow and to participate – it brings such joy.” Now that she is no longer at the helm of her beloved MNjcc, the world awaits her many talents.

We can’t wait to see what she does next.