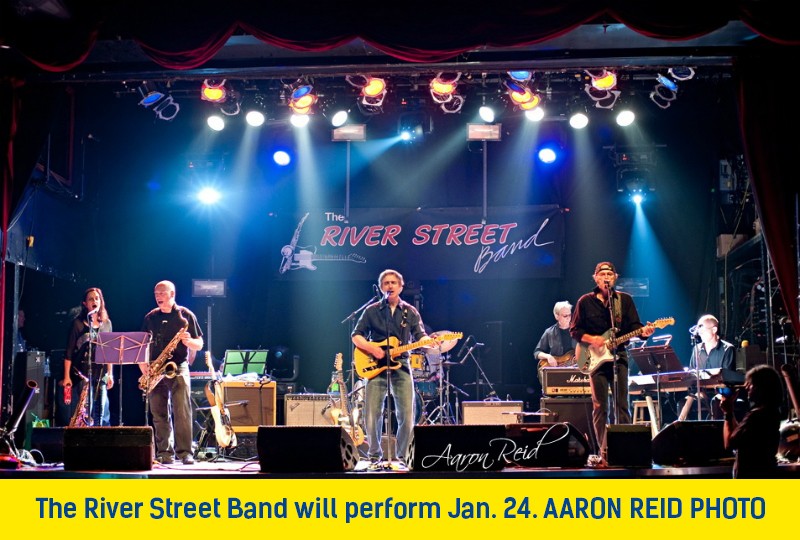 TORONTO — Working on a Dream is not only the album title by rock icon Bruce Springsteen, but it also describes United Jewish Appeal’s (UJA) mandate to assist members of the Jewish community who need support.

Some 800 music enthusiasts will help that dream along at a fundraising concert at the Opera House, Jan. 24 at 8:30 pm. The Working on a Dream concert will feature the River Street Band, a Springsteen cover band, as well as Jesse Gold, a rising 22-year-old singer/songwriter and guitarist, in support of UJA’s annual campaign and its ongoing efforts to help the more than 24,000 Toronto Jews who live below the poverty line.

“One of the UJA’s closing event for the 2015 annual campaign promises to be a high-energy musical evening that will engage the community and show appreciation for its ongoing support,” said event chair Jeff Olin.
The 2015 campaign co-chairs Andrea Cohen and David Matlow wanted to do something fun to wrap up the campaign: a musical event where many worlds could intersect.

“This concert is for everyone – for those of us who were together in high school in the ’80s, as well as today’s youth of 19 and up,” said Matlow.

“What better way to celebrate than a concert with a party atmosphere for a $30 ticket? You will have fun and raise awareness for an important social cause,” Olin added.

“The issue of poverty in the Jewish community is not well-known or well-understood. The dream is to be able to help our fellow Jews who are in difficulty, whatever that difficulty may be – poverty, drug abuse, or living in a domestic situation that is abusive – and that we raise enough money for everyone who needs that help. That’s the dream,” Matlow said.

River Street Band founder Don Denaburg, who sings vocals and plays guitar and harmonica, told The CJN, “Springsteen’s songs talk about the plight of people who are struggling and who are having to stand up in spite of the odds against them and keep pushing ahead and fighting for the hope and belief and promise of something better. I think that relates to Israel and the people in our Jewish community who are struggling and living below the poverty line.”

“There are 24,315 Jewish poor in the Greater Toronto Area, representing a poverty rate of 12.9 per cent – an increase of two percentage points since 2001. Of the 24,315 members of the Jewish community who are poor, 3,545 are children and 5,035 are over age 65. There are also 3,850 ‘working poor’ in the local Jewish community who earn wages that are not sufficient to push their income above the poverty line,” said Sandi Pelly, UJA Federation of Greater Toronto’s director of capacity building for the social services.
“Statistical projections suggest that the figure of 30,965 Jewish elderly in 2011 will increase to 43,917 by 2021. Nearly one-third of the seniors in Toronto are Holocaust survivors and 25 per cent of those survivors are poor,” Pelly added.