UJA Federation of Greater Toronto, its advocacy agent, the Centre for Israel and Jewish Affairs (CIJA), and many other Jewish organizations - including B’nai Brith, Friends of Simon Wiesenthal Center for Holocaust Studies (FSWC), the Jewish National Fund (JNF) and the Toronto Board of Rabbis - will host a community-wide vigil on Monday, October 29th at 7 p.m. at Mel Lastman Square, (5100 Yonge St. - North York Centre Subway Station) in memory of the victims of the horrific attack that took place in Pittsburgh. We are bringing the community together in a show of solidarity and remembrance, as we cope with this unspeakable act of antisemitic violence. Acts of violence and hate against the Jewish community, wherever they take place, are an attack on the entire Jewish people. We are devastated by the terrible loss of life and the impact this will have on all the families affected, including those here in Toronto. Please make every effort to join us, along with Jewish leaders from all streams of Judaism, other religious leaders and government representatives, as we stand in solidarity with Pittsburgh’s Jewish community and demonstrate the resilience of the Jewish community and the strength of Canadian society. 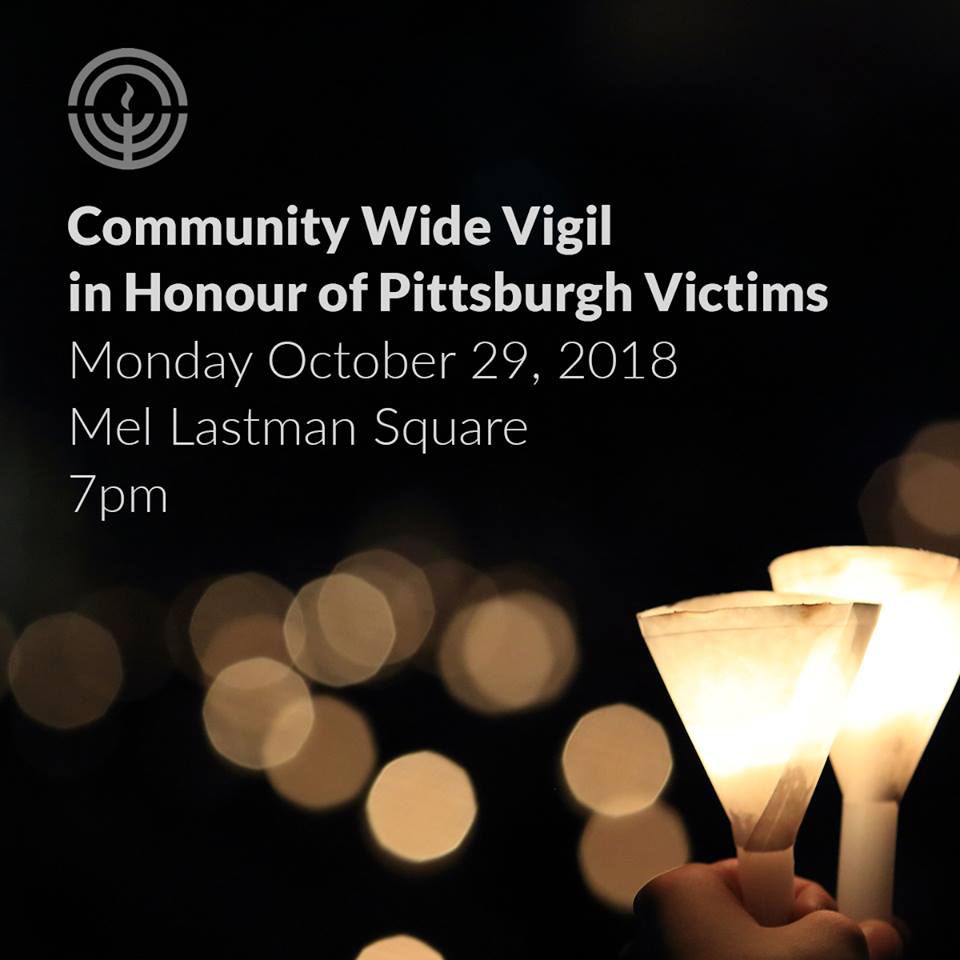