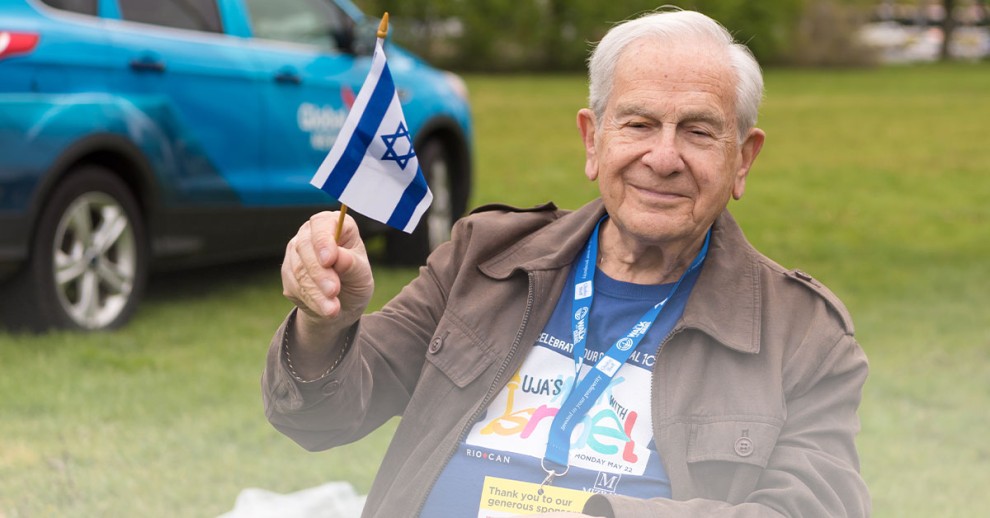 “You can’t imagine what it’s like to see thousands and thousands of Jewish people, with their Canadian and their Israeli flags, walk through this city, all for the people of the Jewish state. It fills my heart with such joy.”
- Sam Hershenhorn, 2016

Sam Hershenhorn was keenly devoted to Israel and the Jewish people. Blessed with a quirky sense of humour and a tenacious personality, Sam’s passion and persistence led to his unrivaled position as the top fundraiser for UJA’s annual Walk with Israel.

It is a well-earned status. Sam joined every single Walk from its inception in 1970 to 2018, when he was 92 years old, successfully raising hundreds of thousands of dollars in support of Israel and the Jewish people. A true mensch, he personally contacted every person who supported him on each Walk to say, ‘thank you’. Sam, who immigrated to Canada as a child with his family in the 1930s to escape antisemitism in Europe, also had a deep appreciation for this country. He served in the Royal Canadian Air Force, built a wonderful family, and enjoyed a successful career as a salesman. He will be tremendously missed.

Sam’s family has asked that anyone wishing to honour his extraordinary legacy contribute to the Sam Hershenhorn Walk with Israel Fund established through the Jewish Foundation of Greater Toronto. Contributions may be made online or by calling 416-631-5685.

May his memory be for a blessing.

Donate to the the Sam Hershenhorn Walk with Israel Fund