The Toronto Jewish Male Choir (TJMC) is made up of choristers from a number of synagogues in the GTA. Originally comprising expatriate South Africans, the choir has become truly Canadian and has grown to over 30 active choristers. Since 2008, the TJMC has had the benefit of a professional coach, the renowned Klara Bagley Heifetz. Klara has applied her exceptional musical talent to the choir and has instilled strong discipline together with interpretive skills to the choristers. The choir master and musical director is Gary Rewald who was singing in Jewish choirs in South Africa as a young boy and who has led the TJMC to great success in the Jewish choral world, both in Canada and other countries.

The TJMC has, since its inception in 1996, performed at many varied concerts in Toronto, has sung with some of the world's leading Chazzanim, participated in massed Jewish choral performances, has performed at fund raising and charitable events and has produced CDs of its live performances to great acclaim.

The TJMC has sung at many wedding ceremonies locally and in the USA. In December 2011, it was one of 6 choirs from around the world selected to participate in the inaugural Louis Lewandowski Choral Festival in Berlin Germany. Its diverse repertoire thrilled audiences in Berlin at its own concert and its performances at the grand finale together with the other choirs resonated memorably with the audience.

Between Gary and Klara, many musical pieces of a varied nature have been sourced so the choir is not restricted to liturgical music. Some of the pieces which the choir has performed include: 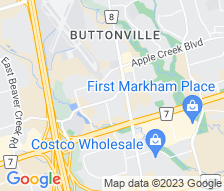