A Brief History
The Corporation of Spanish and Portuguese Jews is the oldest Jewish institution in Montreal, in Quebec and in Canada. It traces its history back to the first Jewish settlers who began to arrive in 1760. The few families met for prayer in private homes until the Congregation was formally established in 1768. In 1993 there were an ongoing series of celebrations to mark the 225th anniversary. The Congregation is as old as Quebec itself.

The Spanish-Portuguese tradition follows the rites and customs of those Jews expelled from Spain and Portugal beginning in 1492 who sought refuge in European lands. Other Sephardi (=Spanish or Iberian) Jews left for Mediterranean, mostly Moslem, lands. They became known as the Sephardi Oriental Jews. During the past fifty years many hundreds of families from these communities have come to Montreal and have joined the Congregation, reconnecting with their kin from whom they had been separated 500 years ago. Until the early 1960’s it was the only Sephardi congregation in Montreal and in Canada.

The historical significance of the Congregation was recognized by the Government of Canada when in the 1970’s the National Archives of Canada requested all early documents and minute books. The Congregation also presented its first Torah Scroll to the Archives as well. It was the first Scroll in Canada and is on display at the National Archives in Ottawa. It is currently traveling throughout the world with an exposition on the history of Jewish life in Canada entitled “A Coat of Many Colors.”

The Congregation today serves over 700 families who come from almost every country in the world in which Jews have ever lived. It is a multicultural community reflecting Montreal life and Canadian pluralism. Although established mainly by English speaking Jews it has now become a bilingual community due to the arrival of numerous French-speaking families from North Africa and the Middle East. 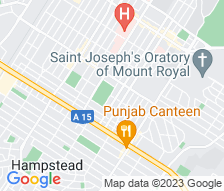