Initially, the Centre of Bukharian Jews worked alongside the Jewish Russian Community Centre (JRCC) and was based on the premises of the JRCC. By 2003, with the help of an international institution called Shaarei Zion, the Bukharian community of the GTA welcomed the arrival of a Bukharian Rabbi from Israel. Moving to its own premises at the Sephardic Kehilla Centre, the Jewish Bukharian Community of Toronto was officially established.

Today, the mission of the JBCT continues to follow the original blueprint laid down in its early days: preserving the beautiful customs of the Bukharian people, maintaining a pride in our culture, educating the younger generation, uniting the community and absorbing new immigrants into the fold. 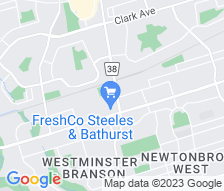