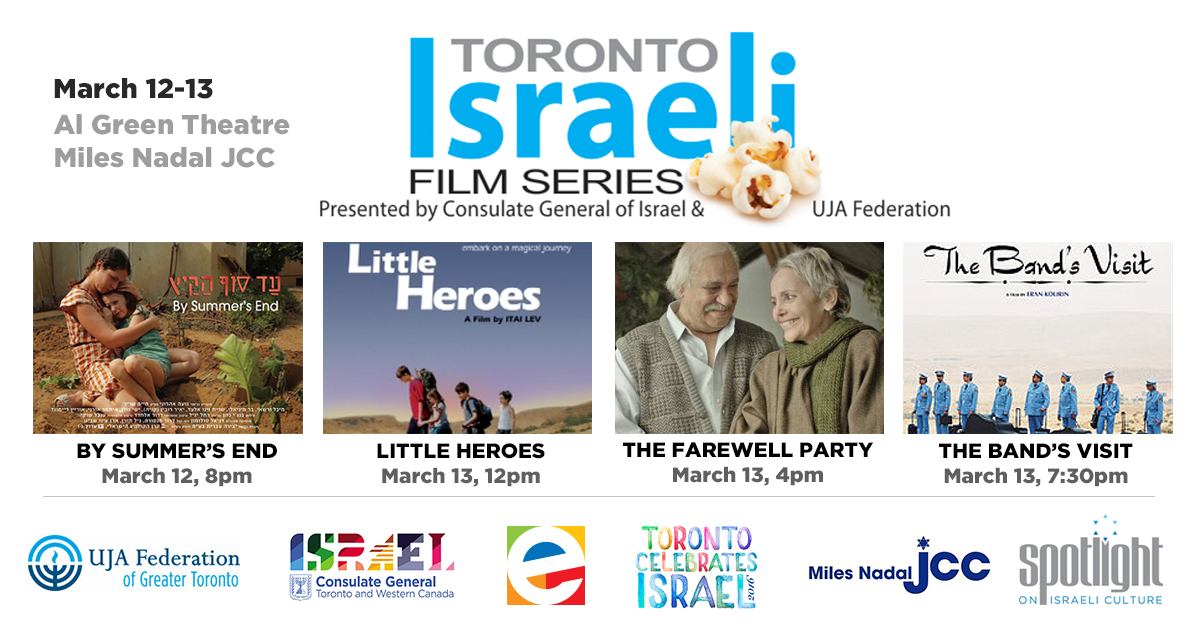 Saturday, March 12 at 8:00 pm
It is the summer of ‘78; Michal’s 7-year-old daughter’s teacher wants to hold her back a year. Michal vows that by the end of the summer Maya will read write and move on to the next grade. This summer Michal's father, Chaim, who's been missing for 20 years, suddenly returns, and brings with him the family's dark past and hidden secrets. 2011,95 min.

Sunday, March 13 at 12:00 pm
Four children embark on a courageous journey together into the Negev desert. Erez, a young boy, struggles to cope with his father’s death and live up to his legacy, and to make matters worse he also has to deal with the bullies in his class. His life changes when he meets Alicia, an immigrant girl from Russia and together with her brother and another boy, Lior, from a kibbutz, they form a heroic team to overcome adversity. In the process they learn a lot about themselves and each other. 2006, 95 min.

Sunday, March 13 at 4:00 pm
Residents of a retirement home build a machine for self-euthanasia in order to help their terminally ill friend, though they are faced with a series of dilemmas when rumors of the machine begin to spread. 2014, 95 min.

Sunday, March 13 at 7:30
A band comprised of members of the Egyptian police force head to Israel to play at the inaugural ceremony of an Arab arts center, only to find themselves lost in the wrong town. 2007, 84 min.

This calendar is provided as a public information service. UJA Federation does not endorse the content of non-UJA events listed in this calendar.

Check out our Featured Events page.