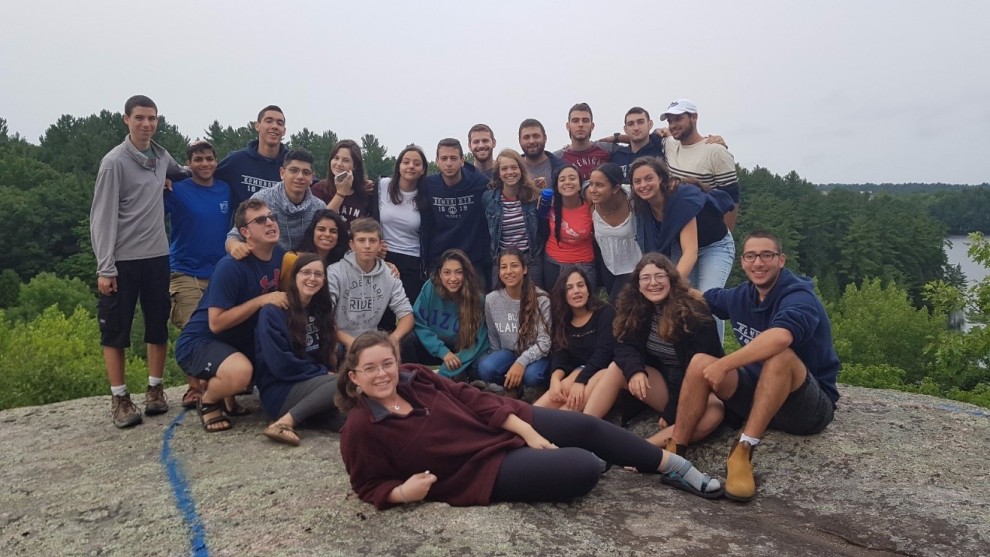 Shinshinim is a Hebrew term that refers to Israeli high-school graduates who voluntarily defer their army service to do a year of service in Israel and Jewish communities around the world. The Shinshinim program, initiated by the Jewish Agency for Israel, was adopted by UJA Federation of Greater Toronto in 2007. Since then, it has grown significantly and is currently the largest program of its kind outside of Israel.

As of September 2018, 26 post-high school, pre-army Israeli leaders have been integrated into Toronto’s Jewish day schools, synagogues, supplementary schools, summer camps and youth movements. Throughout the year, Shinshinim encourage Israel engagement through informal, experiential programming and personal relationships developed with community members. During their year of service, each Shinshin is hosted by two Jewish families, which gives them the opportunity to connect with multiple host parents, siblings, and extended family and friends.

As shlichim (emissaries), the shinshinim serve as unique intermediaries between contemporary Israel and the Diaspora. They promote Israel's wider responsibility to the Diaspora, and the importance of Jewish education. Further, each Shinshin’s integration into local communities allows for ‘reflexive’ engagement, a feedback loop in which the Shinshin’s role to promote Israel engagement in the Diaspora communities increases their own engagement and sense of Jewish belonging. This process is of great importance, given that most Shinshinim are nurtured as future social leaders in Israeli society, and thus, their own socialization has the potential to influence many others and shape public opinions when they return to Israel.

It is a privilege for me to be a part of this amazing program. I want to use this opportunity to thank UJA’s Federation of Greater Toronto for making this program a reality for 12 to date. Thank you as well to our 45 partnering institutions in the GTA for their trust and commitment to Israel.  Great thanks to the dozens of lay leaders who provide an enormous amount of support and guidance to this program. Lastly, I would like to share my absolute admiration to all present and past host families for opening their home and hearts to Shinshinim.