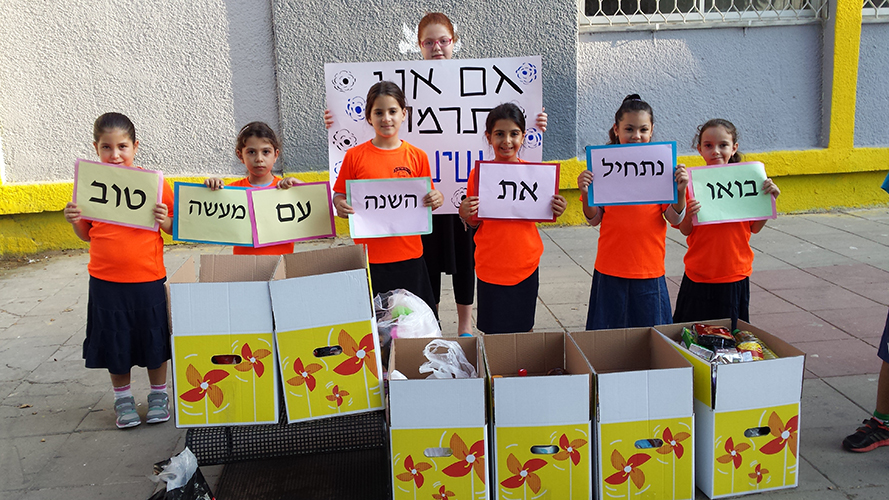 As soon as this year’s Purim celebrations wrapped up, a Passover food drive was launched in Bat Yam, a partner community of UJA Federation of Greater Toronto.

More than 2,000 Mishloach manot filled with holiday goodies were generously donated and distributed by volunteers as young as six years old and up to 96 years old, to the city’s vulnerable, including children with special needs, the elderly, Holocaust survivors, children in hospital and as many as 1,200 vulnerable families.

“After consulting with the director of the welfare office, it was decided to make this year's drive even bigger,” said Ester Perron, Deputy Mayor. “The elderly population and the number of new immigrants from war-torn Ukraine have grown so we must double our efforts. Collection points have been set up at over 60 schools, kindergartens, community centres, municipal offices, supermarkets and more.”

“The majority of the supplies are non-perishables such as matzah, cooking oil, canned goods, sugar, baby food and much more. It is estimated that the value of each basket is over $150," says Laura Kindler, UJA Federation’s representative in Bat Yam.

In addition, the Bat Yam Municipality, together with the local JCCs and NGO's, will hold communal seders in seven locations throughout the city. Over 700 of the city's vulnerable residents are expected to participate.

"There is no other city in Israel that has such an operation, a city in which the entire education system is mobilized for the needy, in which an elderly firefighter takes part in a project that teaches us that the biggest mitzvah is actually giving,” says Perron. “When you give you actually receive the best gift. Thousands of Bat Yam residents who, despite living near the poverty line themselves, also try to give what they can to help make a happy holiday for other needy residents. "