This year's Holocaust Education Week examines the post-Holocaust period, specifically the key events and moments which have shaped our understanding of the Holocaust since the end of the Second Word War. For Toronto's Jewish community, a pivotal moment was the opening of the (now called) Sarah and Chaim Neuberger Holocaust Education Centre in 1985. The Centre has its roots in a Toronto-based group of immigrants that formed in the 1940's to help Jews in Europe. By the 1950's and 60's, they began organizing commemorative events to honour victims of the Holocaust. By the 1970's, their mandate had been expanded to teach Holocaust education, working with schools and other community groups. By 1985, the museum at Lipa Green was built and school visits with survivor speakers became its core activity. In fact, Neuberger was one of the earliest organizations in North America to record and preserve the testimonies of Holocaust survivors. Today, Neuberger engages tens of thousands of students, educators and community members from across the GTA each year. 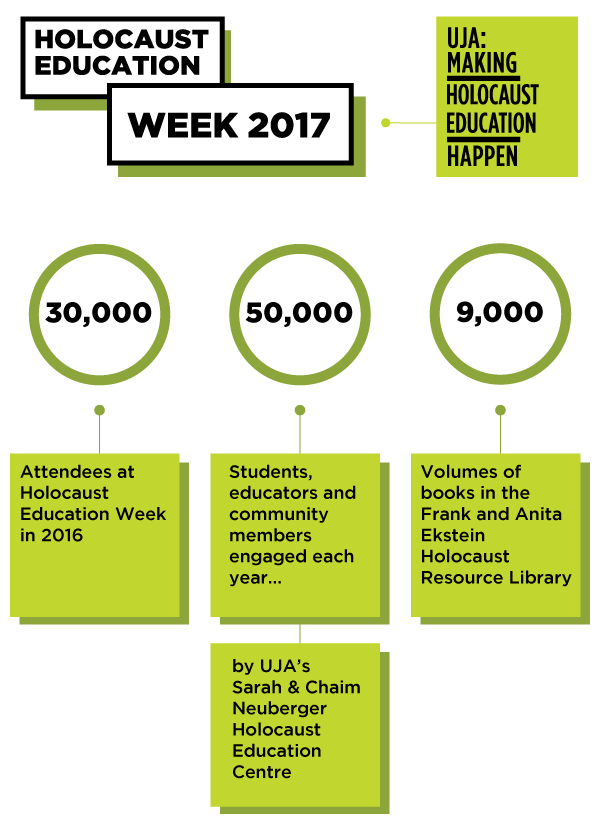 UJA is committed to supporting Holocaust education through diverse programs, events and services.