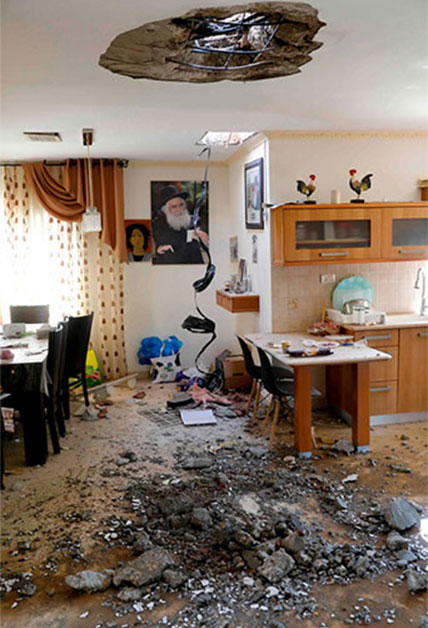 Over the past two days, terrorists in Gaza have launched over 300 rockets into Israel. The barrage has hit numerous cities, including Sderot, Ashkelon, Ashdod, and Tel Aviv, injuring dozens and sending hundreds of thousands into bomb shelters.

One family’s home in Netivot was directly hit by a rocket. Thankfully no one was hurt, but the damage was severe.

UJA is proud to fund the Jewish Agency for Israel’s Victims of Terror Fund. Within hours of the attack, the Fund delivered emergency financial assistance to help the family through this difficult time.

Though we are half a world away, we can help those living under attack. UJA's Annual Campaign helps support the Jewish Agency for Israel and its Victims of Terror Fund. Join us in supporting Israelis in communities targeted by terrorism. To donate to UJA's Annual Campaign, click here.