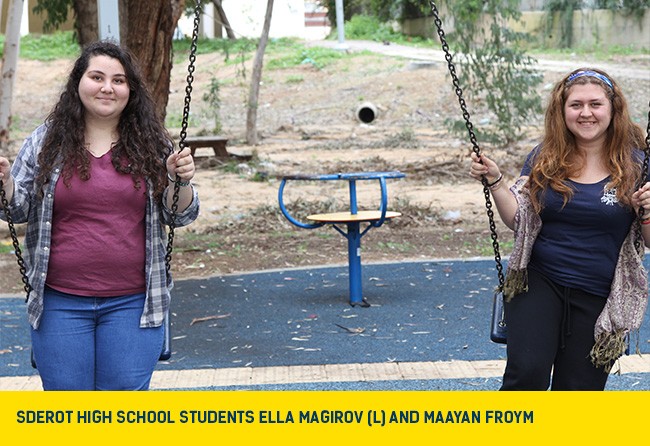 UJA Federation of Greater Toronto has been a major, longtime supporter of higher education in Israel,

The involvement in the city of Sderot and its impact has been nothing short of a revolution.

“The resilience of a town like Sderot – economically marginalized and targeted periodically by rocket fire from Gaza – relies on the development of strong local leadership,” explains Eddy Azran, UJA Toronto’s representative in Sderot.

Accordingly, UJA Federation – represented by the Israel office of JFC-UIA -- provides tuition assistance to students from Sderot, enabling them to pursue either a bachelor’s or a master’s degree.  Having grown up locally, they are likely to remain in the town after graduating.

This assistance recently received a major boost, when UJA Federation’s initial allocation of $180,000 inspired several Israeli philanthropies -- including Mifal Hapayis, Israel’s national lottery -- to join forces with UJA Federation to create one multi-year scholarship fund for Sderot students.  The combined funds total approximately $625,000, and will ensure long-term sustainability and continuity.  This year, no less than 250 students will each receive the sum of $2,500, which is almost the entire annual cost of tuition at an Israeli university.

In Israel, young adults begin college after their army service, in their early or mid-twenties.  Some students are already married.  Assistance with tuition enables students to concentrate on their studies without the distraction and stress of financial worries.

Every recipient is a member of one of several NGOs which encourage social activism and facilitate community involvement among students.  Through that framework, each student volunteers in Sderot for at least five hours a week, working with schoolchildren, the elderly or other vulnerable populations, organizing community events and galvanizing social action.

“The scholarship fund boosts not just the students, but the community as a whole,” says Alon Davidi, the mayor of Sderot, who was instrumental in consolidating the fund.

“Students are the leaders of tomorrow.  Armed with an academic degree, they will go on to get well-paying jobs and will have the skills and the motivation to advocate for the community.  The more we support our students, the more we strengthen ourselves.”

UJA Federation’s support for scholarships is part of a larger initiative to revolutionize Sderot's education system, from early childhood through high school and college.  “We are hugely grateful to Toronto,” concludes Mayor Davidi, “for its multi-year commitment to creating real change in Sderot.”