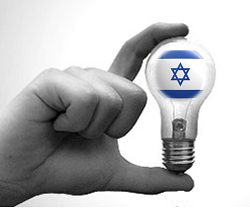 “How is it that Israel-- a country of 7.1 million, only 60 years old, surrounded by enemies, in a constant state of war since its founding, with no natural resources-- produces more start-up companies than large, peaceful, and stable nations like Japan, China, India, Korea, Canada and the UK?”

That is the million-dollar question presented and attempted to be answered by Singer and Senor in their well-known book The Startup Nation.  Israel’s phenomenal number of hi-tech companies and innovative start-ups are the outcome of some historical preconditions. However, can those preconditions be as fruitful in the future? As the world becomes a global village, has the world not changed and flattened and therefore requires a new toolset for the aspiring innovator?

Leaving behind the romantic notions of overcoming the barriers of growing cherry tomatoes in the desert, or being a society built of immigrants who are by definition risk-takers; looking forward into the future,the Israeli ministry of Education aspired to search and identify those essential set of tools needed in order to remain at the forefront of innovation. Two years ago, Naftali Bennett, the minister of education, suggested enhancing school students’ level of math, through a major educational reform plan across the country. Following the success of that reform, the minister shifted his attention monocular toward a terra incognita island in the Israeli education system - the studies of spoken English

Similar to the effect math proficiency has on students’ successful future, Bennett regards spoken English skills as an essential need in hi-tech, academia, diplomacy and the business world. Putting the economic aspects aside, “English” as Bennett asserted “Is the most significant element of overcoming the social gaps in Israeli society”.

In 50 years from now, when yet another edition of “The Startup Nation” will be published and displayed in a bookstore, we might be reading about Math and Spoken English skills as those vital aptitudes that maintained Israel’s reputation as a cutting-edge country.

Last year, the ministry launched pilot courses focused entirely on verbal communications; either in class or aided by online software such as Skype. Backed with an investment of $25 million, more and more schools are partaking in this grandiose plan.

Looking from afar upon these significant transformations that will hopefully advance Israel and the Jewish people is indeed encouraging and exciting but not only; they also create new opportunities for connection.  As Israel Engagement department of UJA that constitutes mostly of native english speakers, we might have the needed powers and resources to aid in this wonderful endeavour.

Israel Engagement is taking upon itself not only the role of facilitating a contemporary Israel to the Jewish community in Toronto, and educating young Israelis for a deeper understanding of Diaspora Jewry, but also to strengthen Israeli society. Through our different programs- STEM student, Sparks of Change, Diller or ShinShinim, we have the power to advance and foster Israeli students’ capabilities which will be utilized in the future as those super skills that put Israel at the forefront of innovation.