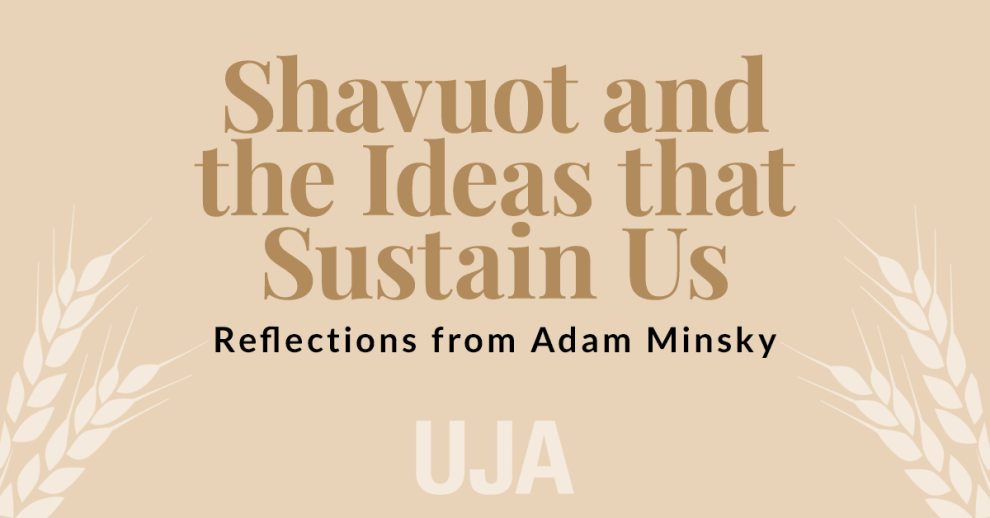 On Saturday night, Jews around the world will gather for the tradition of overnight learning that takes place on the first night of Shavuot, the festival where we celebrate the giving of the Torah to the Jewish people.

This special holiday reflects the centrality of the Torah to our collective story. By rekindling our connection with the foundational texts of Judaism, Shavuot tells us something powerful: We are a people not only shaped but, to a great extent, sustained by ideas.

This has been true throughout Jewish history. The great Rabbi Lord Jonathan Sacks, may his righteous memory be for a blessing, once shared a fascinating insight related to Shavuot. “In the normal experience of nations, first comes the land and only then, the law. People settle a region. …They build villages, then towns and cities, then nations and sometimes empires. Only relatively late in this process do structures of governance emerge and with them, laws governing relationships in society.”

“In Israel’s case, uniquely, it was the other way around,” writes Rabbi Sacks. “The consequence could not have been more far-reaching. If the law preceded the land, then even when they lost the land, they still had the law.”

He goes on to note that this is what enabled the Jewish people to remain intact as a covenantal community when we were exiled from the Land of Israel. “That was when the Torah became, in Heinrich Heine’s famous words, ‘the portable homeland of the Jew.’ …The Torah was the record of their past and their assurance of a future. Never have a people owed more to a book.”

Today, we are blessed to live in a time when the Jewish people have returned to our physical, indigenous homeland after centuries of exile. But the existence of Israel has by no means diminished the importance of our “portable homeland” and its relevance to our lives today.

To the contrary, Shavuot reminds us that Judaism is much more than a religion. To be Jewish is to be part of an inspiring and intellectually enriching movement, one that is the birthright of every Jew—be they religious, secular, or somewhere in between.

When we devote ourselves to the texts and concepts of Judaism, we become active participants in that movement of ideas by bringing it to life in our own time and contributing to it in our own way. Such a community is destined not only to survive, but ultimately thrive.

May our entire community enjoy a happy, healthy, and meaningful Shavuot. As has been our tradition for the past few years, we asked rabbis across the spectrum of Jewish practice in our community to share one item they suggest community members read this holiday. I encourage you to check out the list of recommendations if you are looking for something special to explore on Shavuot.

We asked rabbis throughout our community to share what they are reading that they recommend community members consider for Shavuot. We are grateful to share the following list of suggested readings for the holiday.

The Importance of Nishma - Recommended by Rabbi Howard Morrison

Next Year in Jerusalem - Recommended by Rabbi John Moscowitz

Why Canada’s Jews are Better - Recommended by Rabbi Stephen Wise