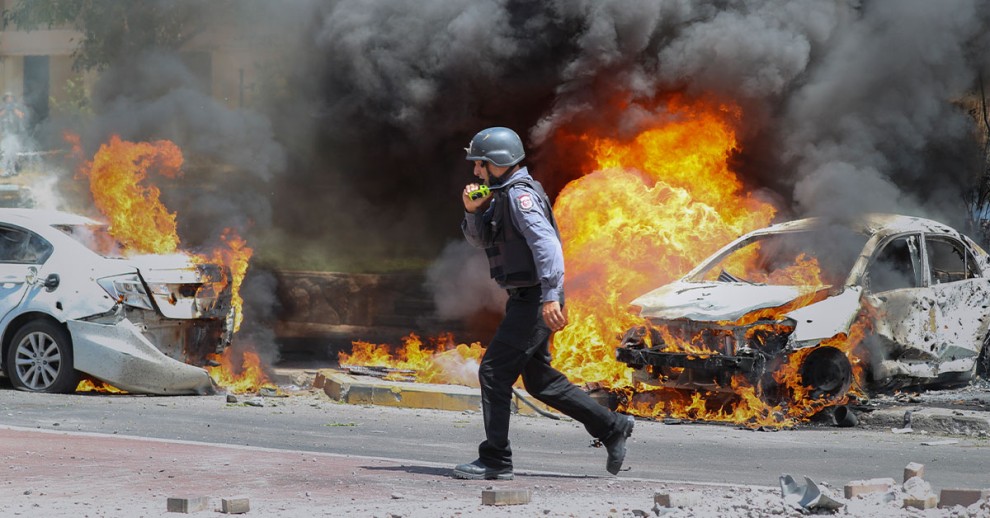 As I write this update, the people of Israel are once again confronting a vicious threat to their children, families, and the entire country.

Over the past few days, Hamas has escalated its campaign of terror against Israelis. This began with violent riots in the Old City of Jerusalem, including on the Temple Mount. It grew into a brazen rocket attack targeting Israel’s capital, yesterday on Jerusalem Day. And over the past 24+ hours, it has further escalated with terror groups in Gaza firing multiple barrages of rockets at the residents of southern and central Israel – including 137 rockets in the span of just five minutes at one point.

We are deeply saddened and outraged that multiple Israelis and at least one foreign national were murdered in today’s attacks. So too, we are gravely concerned by the many images, videos, and stories coming out of Israel this evening. Perhaps most heartbreaking are media reports that the injured include children and elderly Israelis who were not able to reach shelter in time.

This week and always, we reaffirm with pride that we stand shoulder-to-shoulder with the people of Israel. But actions speak louder than words, and we also wanted to update you on the various measures we have taken – this week and over the years – that are helping to make a difference in this moment of crisis. In particular, we wanted to update you on three key areas:

CIJA has also launched an action alert to mobilize thousands of community members to urge the Government of Canada to stand with our ally Israel. Now more than ever, we must remind Canadians that there can be no moral equivocation between a democracy that defends its citizens and a terror group that attacks children and seniors while using its own civilians as human shields. If you can spare two minutes, please join CIJA in sending a strong message to our elected officials. CLICK HERE.

Through UJA partners that are working to address various aspects of this challenge, we have also identified three unique opportunities for community members to learn more and delve deeper into these issues:

Our team in Israel continues to closely monitor the situation on the ground, in concert with our network. Through it all, our message to our Israeli partners has been clear: As events evolve, UJA and Toronto’s Jewish community will be with you every step of the way. We are ready to deliver any additional support we can to bolster their life-changing work – and help the people of Israel get through this crisis.