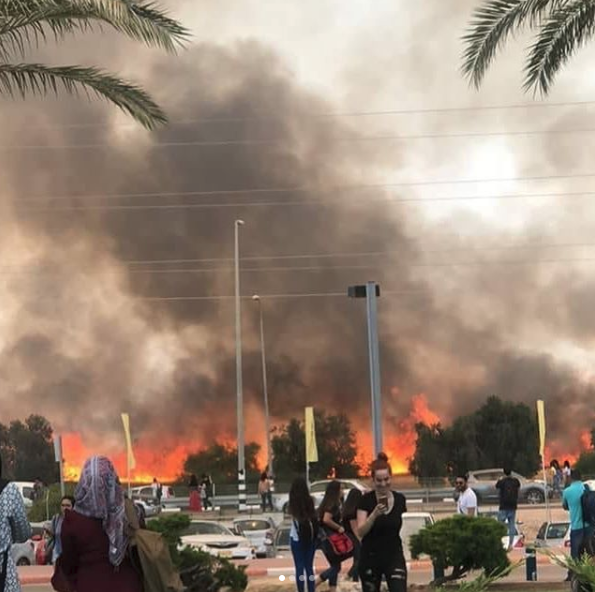 Sderot is a small, growing city in the southern district of Israel; it is less than 1 km from Gaza. For the past 13 years, the 25,000 residents of Sderot have suffered considerably living with thousands of rocket attacks. This past weekend, the community was again under almost constant rocket fire.

UJA Federation has been a staunch supporter of Sderot for almost 15 years, developing and funding programs which strengthen the city and its people.  Today, we are sharing a heartwarming note from the people of Sderot.

A MESSAGE OF GRATITUDE, AND HOPE, FROM SDEROT

The residents of Sderot, and many other border communities in the south of Israel, are currently facing extremely difficult circumstances while tensions and violence flare. This past weekend alone, more than a hundred rockets and mortars were launched at cities and towns along the Gaza border. The Code Red siren that alerts citizens of incoming threats has been activated more than 150 times. That’s more than 150 times in the past 48 hours that our children have had to rush to bomb shelters.

The connection between Sderot and the Toronto Jewish Community is strong, built on a strategic partnership with UJA Federation of Greater Toronto that dates back almost 15 years.  The relationship is based on UJA’s unwavering commitment to our children, and to ensuring the city's resilience by investing in education programs that offer opportunities for the next generation to become the city’s future leaders.

The support of UJA, and its generous and dedicated donors, is especially meaningful during challenging times like these. Despite this latest round of rocket fire, UJA's activities, such as helping to fortify Sderot’s Community Center or helping support the Sinai Shevet Scouts program which provides a safe haven for kids to go and play, away from the rocket fire, really do help maintain a consistent sense of normalcy in the community.

Because of this support, we are confident that Sderot will not be defined by conflict but by hope for the future.

-on behalf of Alon Davidi, mayor of Sderot.