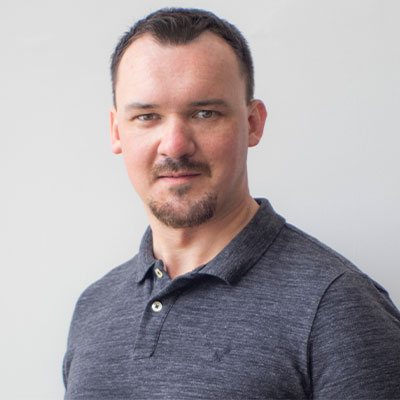 UJA Federation of Greater Toronto is proud to partner with the Schulich Foundation to support excellence in STEM research in Canada and Israel. Through this series, we will be highlighting some of the exceptional Schulich Leaders in Israel who make up the next generation of entrepreneurial-minded technology innovators.

Stanislav Steinberg was driving through the fields of Kazakhstan–on his first visit back to his home country since emigrating–when he found out he had been awarded a 2013 Schulich Leader Scholarship to study physics and electrical engineering at Tel Aviv University. Fast forward seven years and Stanislav just completed his master’s degree in electrical engineering and is a co-founder of a startup called X-trodes. The company specializes in creating patches with incorporated electrodes that detect electrical signals in the muscles, heart, and brain. “They are like smarter temporary tattoos,” he said.

Like thousands of Soviet Jews, Stanislav moved to Israel in the 1990s, at age seven. Raised by a single mother who has a background in mechanical engineering, he grew up in Petah Tikva. Throughout high school, Stanislav excelled in his physics, tech, and math courses. After graduating, he enrolled in a two-year practical engineering program before joining the army. Following his service, Stanislav started studying at Tel Aviv University, where he completed his undergraduate and master’s degrees.

Though Stanislav always worked during his time at school, he said the scholarship allowed him to take breaks and focus on his studies whenever necessary. “Before receiving the scholarship, I only had the money to study for one year and with just one major – it would probably have taken me a longer time to finish my degree, because I’d have to work a lot,” said Stanislav. “The Schulich Leader Scholarship gave me the ability to do another major, and not prolong my time at school because of work. Without this help, I would be in a completely different place.”

Stanislav started working on X-trodes in May 2019, while still in university. The initiative was started by one of his professors, Dr. Yael Hanein, and Stanislav is among several co-founders. He explained that the patches are applied directly to the skin, and an attached device amplifies the signals that allow people to monitor muscle, brain, and heart activity. Most hospitals and medical centres use gel electrodes to monitor this activity, and when testing muscles and nerve endings, many clinics use needles to pierce the skin and detect these signals. “We want to make these intrusive practices obsolete so that medical professionals can use these comfortable, easy-to-apply, and cheap patches.”

There are many projects the company is working on, said Stanislav, including creating a developer kit for researchers and entrepreneurs who want to use this technology to acquire electro-physiological data for their own products and applications. The data is stored securely in the cloud with state-of-the-art data analytics. Their focus is on two commercial fields: home monitoring, including sleep monitoring for people diagnosed with neurodegenerative disorders; and athletic performance and rehabilitation.

Most recently, X-trodes has been in the process of developing home-based, noninvasive systems that will help monitor respiratory and cardiovascular functions in COVID-19 patients. Though this project is still in the works, Stanislav said it is critical to consistently monitor these symptoms in recovering COVID-19 patients, as many are susceptible to complications related to the respiratory system.

“I am proud that our company is an Israeli startup, and that all of our production is done in Israel,” said Stanislav. “I want to invest more time into the company, and see it grow. It was important for me to go into the medical field, because I always wanted to do something that will help other people, and I think my technology will do just that.”