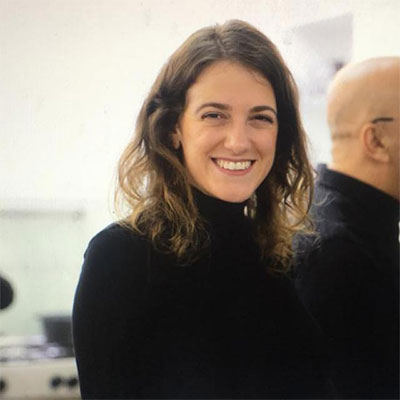 Roni Yanoos understood from a young age that being a woman in STEM (Science, Technology, Engineering, Math) was not easy. As a student at Jerusalem’s elite Mae Boyar High School, she excelled in her studies. Many of her female peers were just as capable. Yet few of them chose to enroll in high-level physics, math, and science courses. “This was the first time I saw the big gap in the STEM courses, how there are so few girls in them, while boys are encouraged to study these subjects,” she says. Now a second-year physics and electrical engineering student at Tel Aviv University (TAU), 26-year-old Roni is a 2019 Schulich Leader Scholarship recipient determined to inspire more women to pursue careers in STEM.

Roni was raised by her uncle and aunt, having lost her mother to cancer at age five. “Growing up, my family always told me that I could do anything, and I felt that nothing could stop me,” said Roni. After graduating high school with honours, Roni completed a gap year as part of a program through the UJA-funded Jewish Agency for Israel. There, she spent time learning about Jewish leadership, Zionism, and how to strengthen connections between Israel and Jewish communities around the world.

Later, Roni participated in a two-month Birthright Excel program—another UJA partner—and was first exposed to the world of electrical engineering. She enrolled in TAU’s electrical engineering and physics program in 2019, having won the Schulich Leader Scholarship that year. She is part of the esteemed Adi Lautman Interdisciplinary Program for Outstanding Students, which accepts 15 students every year and leads directly into a master’s degree.

“The Schulich Leader Scholarship gave me the ability to breathe,” said Roni. “School is really intense, and the scholarship is allowing me to not worry about money, so I can just invest more time into studying and really understanding the information.”

Hundreds of young people like Roni have benefitted from Schulich Leader Scholarships since its inception in 2012, generously funded by the Schulich Foundation and administered by UJA Federation. By covering all the students’ financial needs, these world-class scholarships eliminate the stress of having to pay tuition so students can devote all their time to their studies. The visionary Schulich Foundation and UJA firmly believe that STEM education is key to unlocking the extraordinary potential of the Israeli people. UJA invests in programming for students at the elementary and high school level, while the Schulich Foundation offers the most generous STEM scholarship at the university level in the country. Together, these programs are empowering some of Israel’s most elite and promising future leaders.