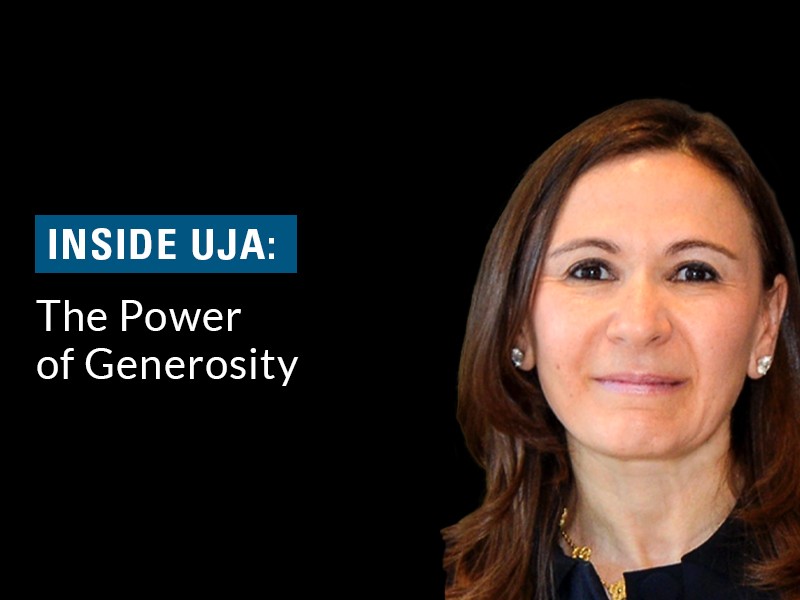 In conversation with Angela Feldman

As we approach the end of 2022—and UJA’s 2022 Annual Campaign—we sat down with Campaign Co-Chair Angela Feldman to discuss Jewish Toronto, what she’s learned from her experience as Co-Chair, and more.

What amazes you about the Toronto Jewish community?

Generosity. How much people give of themselves, whether time or money. Jewish children are raised in this city with the knowledge that they must give back. And they grow up and do it.

Why did you say yes when you were asked to serve as Campaign Co-Chair?

I realized it was an important way I could give back. It was also an opportunity to understand UJA as well. I couldn’t have imagined the full scope of everything UJA does.

You’ve been Campaign Co-Chair now for nearly a year. Which of the many causes UJA supports most ignite your passion?

What surprised me most when I became Co-Chair and learned more about what UJA does is the depth of the need for help here in Toronto. There are so many incredible social service agencies in our city supported by the Annual Campaign. So many people depend on them.

The other thing that struck me was visiting the Poland-Ukraine border earlier this year as part of a UJA mission. Many people know UJA invests money in these causes. They don’t always realize that UJA also invests brain power. Seeing the strategies we developed with our partner agencies to help these refugees in Ukraine, in neighbouring countries, in Israel, in Canada—it’s making a huge impact.

What has most struck you about your time as Campaign Co-Chair?

How much I’ve learned! For instance, when we visited Sderot—one of UJA’s partner communities in Israel—we saw how local children use their playgrounds as bomb shelters. I have learned so much about the global Jewish community through this experience.

As we near the end of the 2022 Annual Campaign, why does it remain critical for people to give?

There’s enormous need within the Jewish community, here in Toronto and around the world. They all depend on our investment. We must help them.