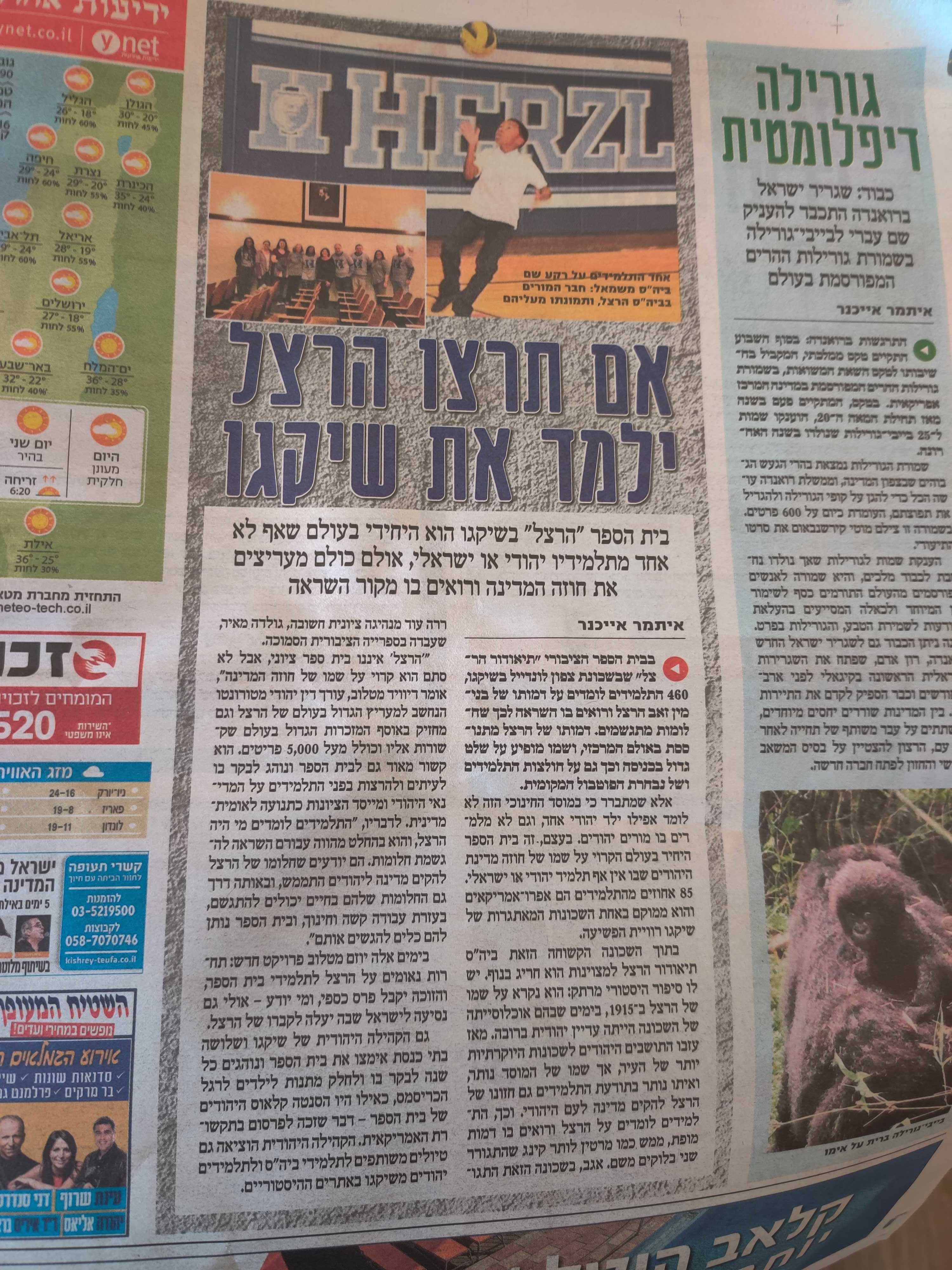 The Herzl School in Chicago is the only one in the world in which none of its students are Jewish or Israeli, most of them are African-Americans who admire the State’s Visionary and see him as an inspiration.

At the Theodor Herzl Public School in Chicago's North Lawndale neighbourhood, the 460 students learn about Benjamin Ze'ev Herzl and see him as an inspiration for dreams to come true. Herzl's image is displayed in the main auditorium, and on a large sign at the entrance, as well as on the student’s shirts and the football team.

But it turns out that in this educational institution, not even one Jewish child is taught, nor are there Jewish teachers. In fact, it is the only school in the world named after the Jewish state’s visionary where there is no Jewish or Israeli student. Eighty-five percent of the students are African American and it is located in one of Chicago's challenging crime-ravaged neighbourhoods.

Inside this tough neighbourhood, the Theodore Herzl School of Excellence is exceptional in the landscape. It has a fascinating historical story. It was named after Herzl in 1915, when the neighbourhood's population was still largely Jewish. Since then, Jewish residents have left for the city's more upscale neighbourhoods, but the name of the institution remains, and with it remains in the students' minds Herzl's vision of establishing a state for the Jewish people, and so the students learn about Herzl and see him as a model, just like Martin Luther King who lived two blocks away. In this neighbourhood was also the home of another important Zionist leader, Golda Meir, who worked in the nearby public library.

"Herzl is not a Zionist school, but there is a reason that the school is named after the State’s visionary," says David Matlow, a Toronto Jewish lawyer who is considered Herzl's biggest fan in the world and also holds the world's largest Herzl memorabilia collection which contains over 5,000 items. He is also very connected to the school and regularly visits it and speaks to the students about the Jewish statesman and the founder of Zionism as a national-political movement. He said, "The students learn who Herzl was, and he certainly inspires them to realize dreams. They know that Herzl's dream of establishing a state for Jews has come true, and in the same way their dreams in life can come true as well, with hard work and education, and the school gives them the tools that are necessary to realize their dreams."

A new project is currently being launched by Matlow: a speech competition about Herzl for the school's students, and the winner will receive a cash prize, and who knows - maybe a trip to Israel where he will go up to Herzl's grave.

Chicago's Jewish community and three synagogues, too, have adopted the school and every year pay a visit to the children to play Santa Claus and distribute Christmas presents- which has been widely publicized in the American media. The Jewish community has also co-sponsored school trips for the Herzl students together with Chicago Jewish students to visit historic sites.