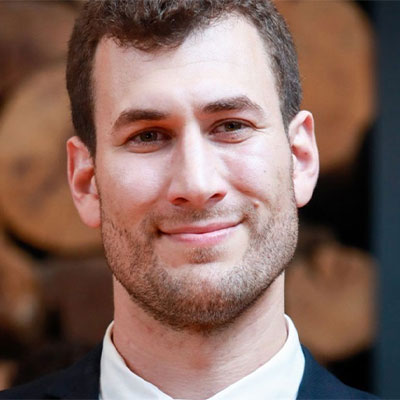 Growing up at the Ein Harod Kibbutz in northern Israel, Jonathan Svorai always had a strong work ethic and passion for helping people. As part of his kibbutz responsibilities, he began working at age 10 by helping out at the on-site zoo. He took care of all kinds of animals, and even went on to become a beekeeper for six years. Now aged 30, Jonathan is a 2018 Schulich Leader Scholarship recipient, and just completed his second year in the Industrial Engineering and Management program at Tel Aviv University.

Aside from his love of animals, Jonathan always had a knack for entrepreneurship. At age 15, he participated in a program for aspiring entrepreneurs, where he got to learn the basics of the business world. A year later, he enrolled in a more extensive three-year program that further immersed him in the world of business. “With the guidance of our supervisors, we worked on creating a new company, and began to think about holes in the market and how we could fill them,” said Jonathan. In addition to this impressive experience, he was also the captain of Israel’s national youth rugby team.

Three years ago, Jonathan, along with some of his friends, started a non-profit, apolitical, grassroots initiative called ISRAEL-is, which aims to improve international perceptions of Israel by fostering meaningful people-to-people connections. “My friends and I were all travelling, and we realized that being Israeli abroad is not like being anyone else, because Israel is not just any other place,” said Jonathan. “It’s either a very holy place, or a dangerous place, or very controversial. Once you tell someone you’re Israeli, you have no idea how the other side is going to react.”

“We don’t tell people what to say or think, but we try to give them tools on how to handle different situations,” said Jonathan. “People all think different things, but we are trying to promote the idea that just by being a good person, and having a conversation with someone, you can have a big impact on how Israel is perceived. It’s not about proving a point, but rather serving as an example.”

In terms of his own professional aspirations, Jonathan hopes to work in the Israeli startup scene once he completes his undergraduate degree. Since receiving the Schulich Leader Scholarship, Jonathan said he has experienced a “butterfly effect,” in that he does not have to worry about his finances, and is able to devote himself to his studies. “You’re able to focus on what is important to you – it really does give you a clear head to make your own decisions, and I can learn as much as I want,” shared Jonathan. “My wife also got a scholarship to do her doctorate at Hebrew University, and we have no idea what we’d do if we didn’t have these scholarships.”

Since 2014, UJA Federation has been investing in Israeli STEM education at the elementary and high school levels, with over 20,000 students benefiting from UJA-backed programming in Sderot, Bat Yam, and Eilat/Eilot. Much like the Schulich Foundation, we believe investing in high-level academic and technological learning will enable young people to reach their full potential, which is critical for producing a new generation of Israeli STEM leaders that will impact broader society and continue Israel’s Start-Up Nation legacy.