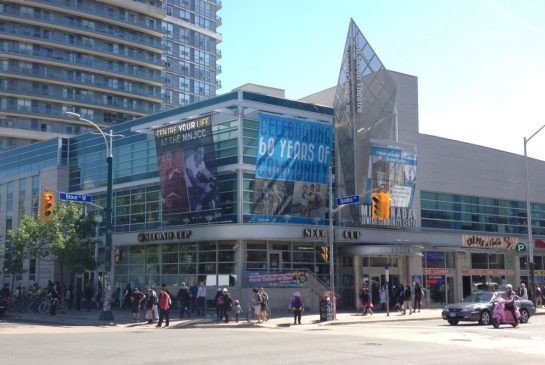 This letter was originally published in the Birmingham Jewish Federation Update

Update had a story recently, based on a news report, that suggested that anti-Semitism is growing in Toronto, Canada. Steven Shulman, an Update reader who lives in Toronto, responded to the story, addressing his comments to Birmingham Jewish Federation Executive Director Richard Friedman.

He and Richard were together at a recent Jewish Federations of North America professionals conference in Chicago. By no means did Update mean to suggest that Toronto was not a great place for Jews. The Canadian city is well known for having an outstanding and strong Jewish community. Thus, we thank Steven for writing. Below is an edited version of his email.

As an avid reader of Update, I was a bit more than surprised at the recent Jewish Federations of North America conference when I opened my March 23rd edition of Update and read the headline, "Toronto Hit By Anti-Semitism As Hostility to Jews Grows." As circumstance had it, you and I actually were in the same room at the conference -- and it was a pleasure to chat with you.

I am used to reading pieces, especially of late, about how hard hit European and other communities are by hatred of the Jewish people. This article reflected on the fact that the Toronto Police Service recently reported that Jews were the most common victims of hate crimes in the city in 2014.

I don't dispute that fact. As a proud Canadian Jew and Torontonian, it is an awful fact. It's also true that reported incidents were up last year. That said, some context is essential. This rather sad fact for Toronto is a rather sad fact in many big cities in North America, and this isn't a new phenomenon either. Anti-Semitism -- the oldest hatred -- never is.

For just two American examples, one city and one suburban, last year Jews were the primary target of hate crimes in both New York City (at least through September 2014) and Montgomery County, Maryland.

I suspect increases and Jews as the number one target will be found almost anywhere there is a relatively large Jewish community. In years such as 2014, with Israel involved in a conflict, that targeting spikes. I have some experience in this area. Previously, I worked for the United Jewish Appeal Federation advocacy agency in Canada that addressed anti-Semitic and racist incidents -- from 1993 to 1997 and again from 2005 through 2007. The great constant was that Jews were perennially the number one target of hate crimes in my city and in most large urban areas in North America.

That history and comparison with too many other cities should not make us as Jews accepting of this state of affairs. Beyond hate crimes, most North American Jewish communities have accepted the fact that our institutions need security, be it equipment or guards, that is not the norm for other communities. However, Canada, like the United States, is one of a handful of countries outside of Israel in which Jews can live proudly as Jews, and citizens of our great country.

Although not perfect, Toronto has flourished as a Jewish community of 190,000 and growing, and as a city which welcomes a greater diversity of people than any other on earth. With very few exceptional incidents, we get along and work together to build our city and Canada.

Our Jewish community is led by a Federation that punches above its weight with the third largest annual campaign in North America and leading in many initiatives -- from our Jewish day school network to connectedness to Israel to per capita Birthright Israel participation. In our Jewish community, all streams of Judaism thrive and grandparents have more than an 80% chance of living in the same city as their grandchildren. Often Jews move here because they are making a Jewish choice and not merely moving for economic reasons and, most certainly, not for the weather.

I felt moved to write because Toronto is not France or Belgium, any more than Birmingham is. It is a great city for Jews and all who have the privilege to live here. That said, Jews anywhere cannot be complacent. We must stand up for ourselves where we live and wherever Jews live. Our Federations and the agencies we support are uniquely positioned to take action in a troubled world. Thank you for your ongoing, thoughtful and important insights.