As part of its "Face of the Community" initiative, every class in the "Zipori" school in Bat Yam – a partner community of UJA Federation of Greater Toronto – adopts a volunteer program, including, in this case, a club for Holocaust survivors, with which they regularly celebrate holidays, events, and generally become acquainted with the lives and history of the country and the people who helped to build it.

Thanks to its partnership with UJA Federation, the Zipori Elementary school, has become the first choice of parents, and was recently awarded with a high commendation by the Ministry of Education for its scholastic excellence and nurturing environment.

Prior the UJA Federation Partnership, the school was on the verge of closing due to poor grades and discipline problems. The school’s student body was comprised of 30% Ethiopian immigrants and 70% vulnerable Israelis.

With the support of the partnership, the intensive Moriah Hebrew literacy program was introduced. This program, along with UJA Federation's development of the school’s sports centre, computer lab and science labs, have all helped propel the school into the 21st century, while bringing out the excellence in the students’ potential.

And so, on the eve of the first night Hanukkah, the children came to light candles with members of the Moadon Moreshet Club for Holocaust survivors, while, together, they ate donuts and sang Hanukkah songs. On the second night, children from the sixth grade, accompanied by their parents, visited the homes of the survivors and together lit the Hanukkah candles.

"This is a welcome activity, and I am happy to cooperate with the third generation. We must respect the founders of the state and Holocaust survivors, we have so much to learn from learn them,” said Shai Odesser, Chair of the school's parents' committee. 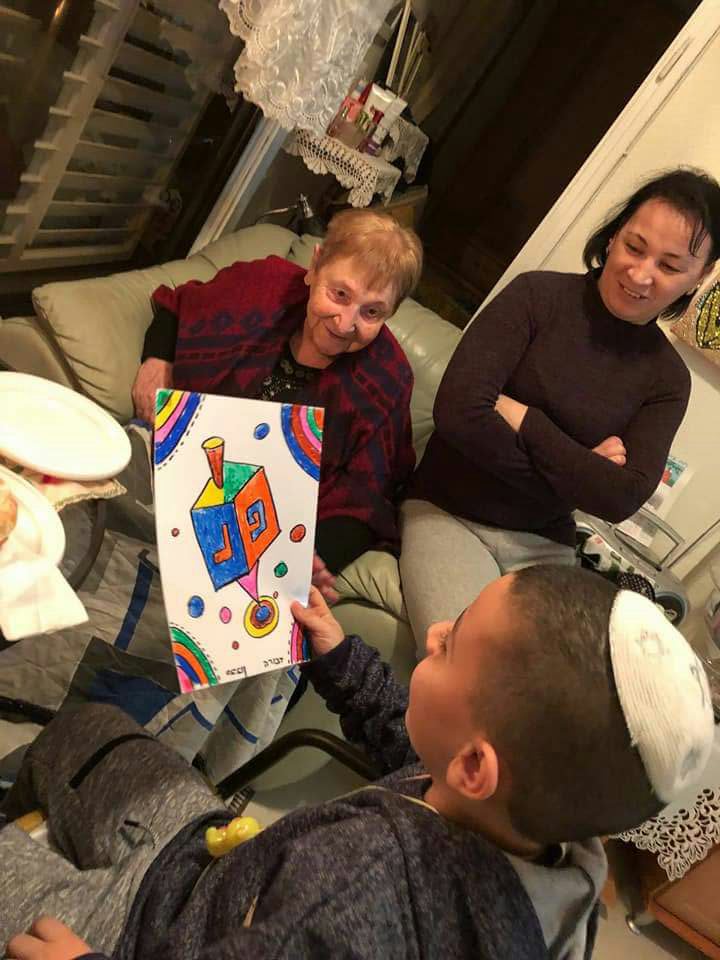