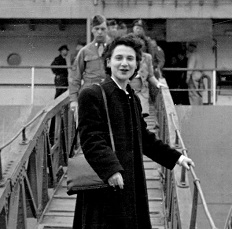 With International Women’s day behind us, and notions of Exodus approaching us, there is no better time to celebrate the advances and acknowledge the remaining gaps in gender equality in Israel.

As the Israel Democracy Institute asserted, the State of Israel can be somewhat proud of its integration of women into political life. Women have had the right to vote in Israel ever since the very first elections for the Assembly of Representatives in 1920, which is one of the earliest cases of women's suffrage in the world. The State of Israel is also one of the first democracies in which a woman reached the highest office. When Golda Meir was appointed Prime Minister in 1969, she was, in fact, the third woman in history to attain such a position. The number of female Knesset Members is ever on the rise, reaching 34 female Knesset Members currently representing society. This constitutes nearly a third of total Knesset members.

With this encouraging information, three inspiring Jewish women in the History of Israel and the Jewish people come to mind.

In the year 1953 the remains of Hannah Senesh, an Israeli paratrooper and fighter who was tortured to death by the Nazis, were returned to Israel on the deck of a warship. Her brother, Giora Senesh, a part of the envoy, escorted the casket on its return.

30 years prior, in the city of Vienna, Biata Gordon was born to Jewish Russian immigrants. No one knew back then, but it would be her mission to emancipate Japanese women; enabling them to vote, choose a spouse, inherit, own property and divorce.

It was Biata’s father’s exquisite talent that paved the family's path all the way to Tokyo’s most prestigious concert halls.

A few years before the Nazis  took over the Reichstag, 5 year-old Biata was attending a German school in Japan. As the Nazis came to power, the Jewish child was transferred to the American School in the city, which would later, make it possible for her to apply to university in the US.

It was a lazy Sunday morning, on the tranquil island of Hawaii, American soldiers sleeping in when a surprise attack hit the forces in Pearl Harbour. The response  was immediate and the U.S declared war on Biata’s home, Japan. However, at this point the 18 year old was away from home, attending university in the US. Communications with her parents were lost as well as her financial support.

70 years later, Alice Miller, a young South-African woman, was dreaming of becoming Israel’s first female astronaut, at a time when women could not even become pilots. Alice, a student in the Technion’s space school, was willing to fight for that right on the grounds of gender bias in the IDF.

Determined to locate her parents, Biata got a job at the American intelligence office due to her impressive linguistic skills. As demolished Japan was closed to civil entrance, Biata’s only chance of finding her parents was as a translator for the American military rule in Tokyo.  Making her way back to the ruined island, searching and inquiring for weeks, she finally found her parents in a Japanese concentration camp.

9,000 kilometers from Japan, Alice Miller presented her claims to the High Court of Justice, attempting to persuade the judges that the right to fly a plane is akin to a voting right. This appeal infuriated many people, among them President Ezer Weizman; “Honey,” he said “have you ever seen a man knitting socks?! Have you ever seen a female orchestra conductor or surgeon?! Women are incapable of handling pilots’ stress”. Nevertheless, the very same year the High Court of Justice determined that gender bias in the army is unconstitutional. From that year on many military positions became available for female soldiers to apply to, such as air force pilot.

The Japanese constitution, as we know today was created in 1946 by the American Military Rule. The crew of twenty-two  legislation experts created an impressive constitution. Yet the entire section determining women’s rights was handed to the only woman on the team; the twenty two year old Biata was to write the rules that would emancipate Japanese women and provide them with gender equality to this very day.

Getting ready to jump out of a British war plane into Nazi occupied Hungary, Hannah Senesh dove into her future captivity in an attempt to free her country.

On the ship to Israel, the proud Giora Senesh, recalled a letter his sister wrote:

“I arrived at the Kibbutz, enthusiastic to start working. How nice is the blue uniform. I was assigned a job in the laundry room. And there I stood in front of a huge pile of socks. Your job is to match socks. A week had passed, I cannot do that any longer! Spending 8 hours matching socks?! Seriously?! Where is that notion of mission that brought me all the way from Hungary?   But wait, even though these socks are meaningless to me, if these socks are not laundered, how would the soldiers defend our country? If clean socks is what is needed for my people, then this is my highest purpose in life. 8 hours of matching socks had become a spiritual and a joyful act...”