UJA's Bay Street Division invites you to join us for An Evening with Brian Porter, President and CEO of Scotiabank. The event will be moderated by renowned business journalist Howard Green.

Cocktails and Hors D'Ouevres (Kashruth observed) will be provided.

This event is open to donors to UJA's 2017 Campaign. 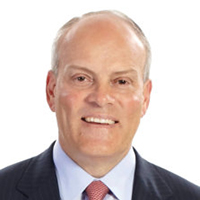 Brian joined Scotiabank in 1981, and has progressed through a series of increasingly senior positions across the Bank, including executive roles with Global Banking and Markets, Global Risk Management, Group Treasury and International Banking. Brian served as the Bank’s Chief Risk Officer from 2005 to 2008, as Group Head of Risk & Treasury from 2008 to 2010 and as Group Head of International Banking from 2010 to 2012. He was appointed President of Scotiabank in November 2012, and was elected to the Scotiabank Board of Directors in April 2013. Brian assumed the role of Chief Executive Officer on November 1, 2013.

Brian has been actively involved with many industry, educational, community, health and arts organizations. His current board memberships include the Business Council of Canada, the Council of the Americas, and the Washington-based Institute of International Finance (IIF), where he serves as Vice Chairman and Treasurer. Brian is also the Chair of the University Health Network (UHN) Board of Trustees. Brian earned a Bachelor of Commerce degree from Dalhousie University, and was awarded an Honorary Doctor of Laws (LLD) degree from Dalhousie University in 2008. He is a graduate of the Advanced Management Program of the Harvard Business School. Brian and his wife, Megan, have three children.

Howard Green is an author and moderator who spent more than three decades in broadcasting. He is one of the founders and builders of Business News Network in Canada, where he anchored from the channel's first day in 1999 until the end of May, 2014. Green is best known for hosting BNN's flagship interview show, Headline with Howard Green. On Headline, he interviewed everyone from Alan Greenspan to Tony Blair to Larry Summers to T. Boone Pickens to Sir Richard Branson---not to mention an endless number of North American CEOs, decision makers and market players. For almost ten years, he also hosted BNN's popular Market Call, a half hour phone in show for investors seeking advice from leading money managers, and for six years The Business News with Howard Green, the primetime news program and precursor to Headline. In January 2013, Green released his first book, Banking on America: How TD Bank Rose to the Top and Took on the USA published by HarperCollins. It was an immediate best seller and was released in the United States in paperback in May 2014. Alongside Charles Bronfman, Green has co-authored a second book---Distilled: A Memoir of Family, Seagram, Baseball and Philanthropy, again under the imprint of HarperCollins published in October 2016---a Globe and Mail and Toronto Star bestseller as well as an instant bestseller on Amazon. In 2017, Distilled was named a finalist for the National Business Book Award. At present, Green is working on his third book which is slated for release in 2018. He also moderates at conferences and consults to corporations, institutional investors and educational institutions. His 38-episode podcast, Ignition with Howard Green, is available on iTunes and was broadcast on SiriusXM.

Green has a Bachelor of Journalism from Carleton University in Ottawa and a Masters from Columbia University in New York. From 2013 until 2016, he served on the Board of Directors of the Canadian Journalism Foundation. Green is currently a special advisor to the Chairman of Dyslexia Canada.