The Toronto Jewish Folk Choir was founded in 1925 by immigrant needle-trade workers.

Canada's longest continuing Jewish performance group, the choir keeps alive its founding spirit - and the Yiddish language by performing beloved Yiddish folk songs, as well as songs from the classics on Jewish themes, contemporary music by Jewish composers in Yiddish, Hebrew, Judeo-Spanish (Ladino), Russian and English as well as music of other lands and cultures.

Its conductor since 2002 has been Alexander Veprinsky, who has contributed many delightful arrangements of Yiddish favourites. Pianist Lina Zemelman has been with the choir for over 35 years as accompanist.

Amongst its highlights have been performances at the 2011 Montreal International Festival of Yiddish Theatre where it earned a standing ovation; the Joy of Singing Choral Festival, Festival Canada 1997 (Ottawa), and regular appearances at Toronto's Ashkenaz Festival. The choir performs Chanukah and other concerts around Toronto, and annually commemorates the Warsaw Ghetto Uprising. 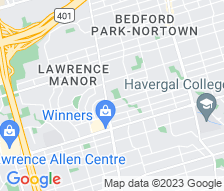