An independent, non-profit organization with headquarters in Toronto, Canada.

HRC is a grass-roots organization comprised of Canadians from across the country who support fair and accurate media coverage of Israel and the Middle East. They subject news reporting to rigorous and methodical investigation in order to prevent distorted coverage. In short, they are in favour of Honest Reporting.

HRC is dedicated to ensuring that Canada's news media - whether print or electronic, and whether national, local, academic or alternative - reflect the highest journalistic standards in news, information and investigative reporting.   As a core philosophy, HRC believes that Canadian news coverage of the world should be informed by Canadian values including freedom, democracy, liberty and the rule of the law. 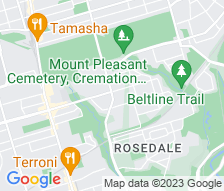