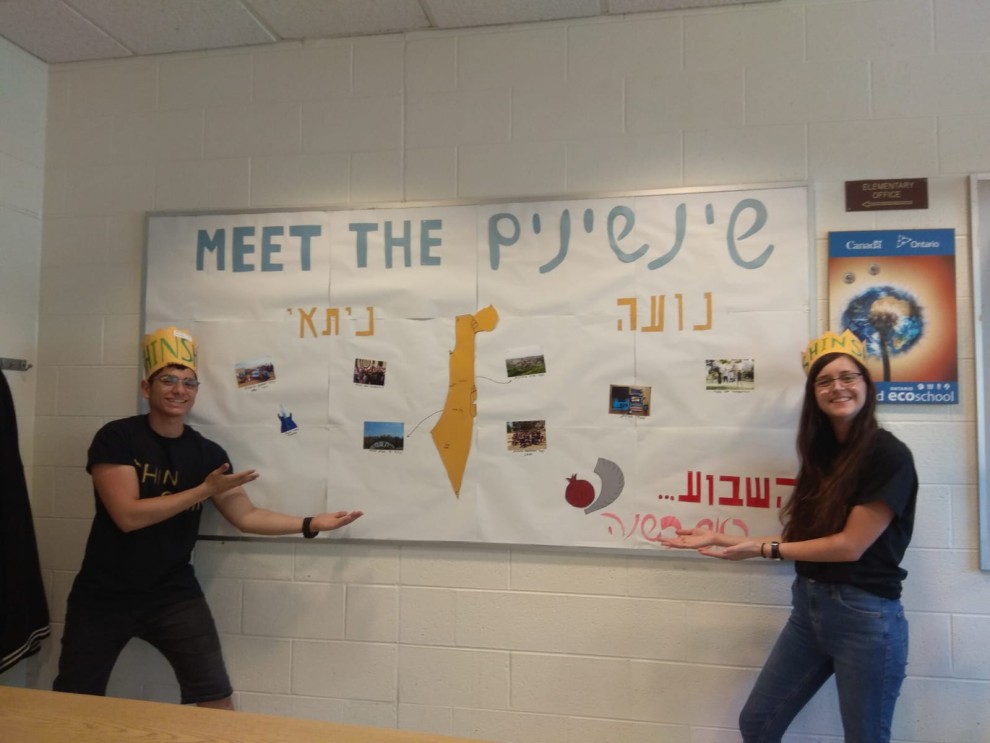 Two week ago, an Israeli citizen was murdered outside of a falafel restaurant in Gush Etzion, just for being Israeli, Jewish, or both.

His name was Ari Fold, he was a 45-year-old man who lived in Efrat and left 4 kids and a wife behind after his passing. Ari’s life goal was to make the world a better place. He dedicated his entire life to his country by conducting Israel advocacy and explaining his Israeli story and point of view.

Ari is described as “גיבור ישראל”- a true Israeli hero. In his funeral, his friends called him “a true Zionist, a great man with a healthy mind who dedicated his life fighting for Israel and his Jewish nation”.  Ari fought in the second Lebanon war and was injured from a bullet. He decided to turn that injury into something positive and started speaking on the topic of Israeli advocacy all over the world. Ari claimed that serving in the IDF and fighting for Israel was a part of his Jewish and Israeli duty.

On September 16th Ari was stabbed to death in Gush Etzion. The murderer was a 17-year-old Palestinian kid who decided to take Ari’s life, without even knowing him.

I'm not sure what I'm feeling when I think of what happened. Sadness, anger, fear or pride. It is probably a mix of all four.

Why pride? Because Ari was a true hero to me.

After being brutally stabbed, Ari got back up on his feet. The murderer started chasing another woman who worked in the falafel shop and tried to kill her as well. Ari pulled his gun out and shot the terrorist, which prevented him from attacking that woman.

Ari passed away not very long after he was stabbed, with a final act of protecting his fellow Jew. Ari died a hero- thinking not about himself and his critical wound, but of his surroundings and about saving others.

These kinds of incidents often occur in Israel. Too often, innocent people die for no reason, because others are blinded by hate towards everything they do not relate to. Ari dedicated his life to fighting against hatred towards Israel and Judaism, and ironically- died from the exact thing he tried to prevent.

I can’t ignore the fact that one day any one of us may find ourselves in a similar situation where our life is at stake for no good reason. The reality is that we may face mortal danger while grocery shopping, going to school or just walking in the street. I want to believe that we will all have the strength and willpower to focus on serving others, even if we are in great pain or distress.

I want to believe that every one of us will try to do good in our lives by helping others and cherish the beautiful, amazing things that life offers, which we sometimes take for granted. I want to believe that like Ari, I will fight for my country and my Jewish nation and try to make the world slightly a better place.

While standing next to Ari’s grave, his father said: “We are in a process of growing and we will continue to grow. We are choosing to live. We are learning from Ari’s strength, from the way he chose to live and the way he died. Even though we are experiencing deep, unbearable pain - we are filled with pride. we’ll continue his legacy.”

I admire Ari’s father. He speaks about Ari’s strength and values. His incredible strength shines through his words and choices, as he experiences one of the worst things that can happen to a person - losing a loved one in such a violent, unjust way. He still finds a way to rise above and look forward.

Miriam was a mother of six. In 1998, Miriam’s first son Uriel, who was a soldier, died in Lebanon. He was only 22 years old.

Twelve years later, in 2010, Miriam was struck again by bereavement when her second son, Eliraz, died in combat. While one would expect a person, who had lost two sons to be bitter or to lose their will to live, Miriam chose to live.

Instead, she chose to dedicate herself to education and to try and help others who have experienced a similar loss. Miriam is an educator. She works hard everyday to change our society in Israel. She speaks about values like אהבת חינם - unconditional love, learning to forgive, choosing to live and appreciate life - despite everything.

Miriam has become a symbol for many people in Israel. Four months ago, Miriam received פרס ישראל -Israel Prize, which is the state's highest cultural honor, only given to those considered revolutionary in fields including education, arts, and science.

Upon receiving the award, Miriam said that she feels embarrassed to receive such an honour. She compared herself to those who received the prize for “Doing Something”, rather than discovering something important or creating an artistic masterpiece. “I have nothing to show you,” she had said in her speech.

However, I think that even though Miriam is not an artist or scientist, her work is just as important because of the way she influences others by speaking her truth. I also believe, just like Miriam, that education is the only way to change our reality and create our future. That’s the way to make אהבת חינם a way of life and not just a slogan.

I want to believe that every one of us can create something meaningful just by the way we speak or act, and the goals we choose for ourselves. It’s a choice we face daily. We don’t have to discover anything new, only to answer the question “what kind of person do we what to be?

I think about Ari and Miriam’s stories, and hope I can learn from them how to be dedicated, caring, forgiving. How, in times when we are in pain or experiencing loss, we can find a way to still feel hope, to help others, and choose to live.